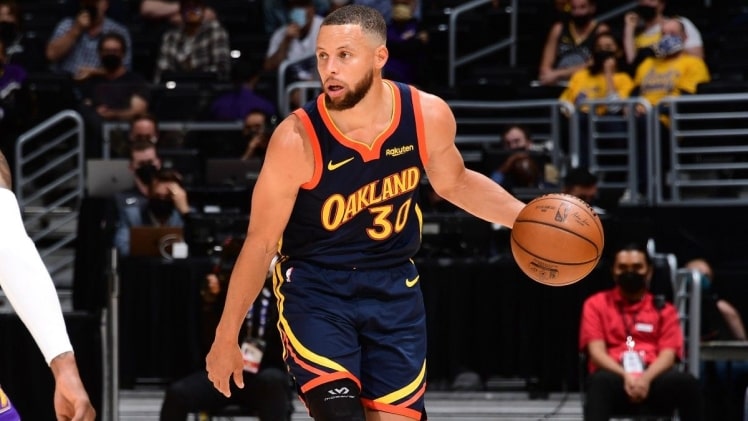 In 2022, the higher-ranked Warriors will host the first two matches of the series with the teams then heading to Boston for the next two matches. The matches will then alternate between the home courts if required until one team has won four matches and is crowned the NBA Champions.

The Golden State Warriors will head into the 2022 NBA Finals Series as favourites. They are led by two-time MVP Steph Curry and have won the title three times in the last six years. The Warriors have gone 12-4 in the postseason and have made the most of playing opponents who have struggled with injuries and fatigue.

As 50-1 outsiders’ pre-season, most pundits had written off the Boston Celtics as title contenders prior to the first game of the 2021/22 season. Jayson Tatum and Jaylen Brown have both enjoyed superb seasons and come into the final series ready to fire, while Marcus Smart is the leading defensive player in the NBA. Not one player on the Celtics roster has NBA Finals experience.

There are a number of betting markets available on the NBA Playoffs and NBA Final Series. Some of the main ones are listed below:

Head-to-Head Betting is the simplest bet type. You pick a team and place a bet on them to win the match. If they win, you win!

Line Betting involves placing a bet on an outcome based on how the bookmaker has handicapped the game. For example, a wager on the Boston Celtics +3.5 is a bet on the Celtics to either Win the match or not lose by more than 3. This is a particularly popular betting type in matches that are expected to be one-sided.

Future Bets are a great way to stay involved with the whole NBA Finals Series. It is a bet on the outcome of an event across the whole series. Markets include Series Winner, Finals MVP, Top Scorer and Total Series Games.

Total Points can also garner good returns, and they are generally viewed as an over/under market. How many points will the teams score combined in their match? This is a particularly effective method for bettors who believe they have a good feel on HOW the game will be played. Will defence dominate or will the game be a shoot-out?

Exotic & Prop Bets have exploded in popularity in recent years and are a great way to enjoy the NBA Finals Series. It is a bet on the outcome of an event/s or a player’s performance in a particular game. Will Steph Curry Score Over/Under 30.5 points or Can Jayson Tatum produce a triple-double?

While every NBA Finals series is different there are a number of recent form factors that must be considered before placing a bet.

Palmerbet.com.au provides free NBA betting tips as well as updated betting markets, breaking news and information about NBA for 2022. They offer a variety of markets on all matches and futures markets including MVP and Rookie of the Year.

The Palmerbet Blog is a great source for free tips, betting previews and up-to-date sports betting odds as well as the all-important last-minute changes.

Palmerbet is your one-stop for all your betting tips as well as racing and sports betting markets. Visit the website at Palmerbet.com.au or download the Palmerbet app via the app store.