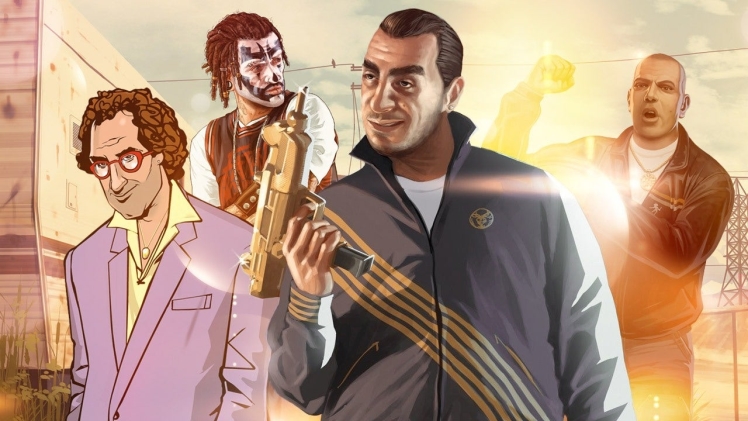 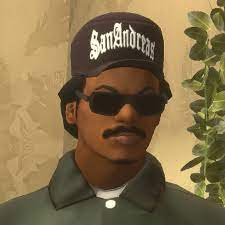 Ken Rosenberg loves fish. He loves them as pets, as food on his plate, but he doesn’t love them so much that he wishes he were at the bottom of the sea with them. However, the waistcoat under his pale purple suit is not white at all. Fraud, extortion, bribery are just some of the crimes on his list. So it’s no surprise that the iconic lawyer from GTA: Vice City and GTA: San Andreas suffers from neuroses. And what better way to calm those nerves than with coke? The admittedly good Ken Rosenberg seems a little exaggerated, despite or perhaps because of this, but that’s why you love the “mad rogue lawyer” who always got Tommy out of jail.

We also recommend you come in and try something new for yourself!

Lance Wilson, better known as “Ryder”, is almost always smoking in GTA: San Andreas. The self-proclaimed genius says he dropped out of school because he was too smart. His body size is often used as an excuse for jokes, but otherwise he is perceived more as a joke figure. The fact that he clearly doesn’t have everything in his wardrobe doesn’t make the situation any better. It is just enough of a betrayal, but he is quickly rewarded for it.

You never see him, but he’s still a GTA icon. Since GTA 3 he can be heard in every game of the series and works as a co-producer of the music. We’re talking, of course, about Laszlo, everyone’s favourite radio host. Of course, Lazlo is more than just an imaginary character from the GTA universe and can’t be compared to Brucie or Truth, but anyone who has seen him on V-Rock, Entertaining America or Integrity 2.0 should mention him.

Jeffrey Cross (formerly Jeffrey Martin) is a Gangsta. At least that’s what the wannabe con man keeps claiming and calls himself OG Loc (OG for Original Gangster). He is a member of the Grove Street Families gang and likes to get involved in petty crimes such as car thefts and petty robberies. He’s already been in jail for this, which he’s used as an opportunity to work on his rap sheet and his image. In what is probably a very short career as a rapper, he released his only known album Str8 by tha Streetz, which contained five singles.

Phil Cassidy appears in various GTA games as an arms dealer. The supposed Vietnam War veteran has a huge weakness for alcohol and is as full as a howitzer most of the time. However, this doesn’t stop him from experimenting with his explosive TNT whisky, which ultimately costs him his arm.

Unlike the other main characters in the GTA series, Tommy Versetti has never been tormented by moral scruples. He embraces the madness, wreaking havoc in the shiny but run-down 1980s Weiss City. The trigger of his gun is his best friend, and his resemblance to Al Pacino’s Tony Montana in Scarface cannot be denied. He is one of the iconic action figures and, along with CJ, is one of the most popular main characters.

Aging hippie The Truth probably kicked too many joints at the time, which at least explains his odd behaviour. He has a camper, Flower Power, which he refers to as his ‘mother ship’ and is said to be fueled by 15-year-old vegetable oil. As well as his alien fantasies, he likes to ride horses with his astral goat ‘Herbie’. If that’s not crazy, we don’t know what is.

Yusuf Amir is a clown by preference, which was meant to elicit one laugh attack or another, especially in GTA: The Ballad of Gay Tony. With money from his father, a Dubai-based real estate tycoon, he has created his own little empire in which he spoils the good life and women, especially those with promiscuous manners. As a wannabe crime lord and infamous playboy, you could never take him seriously. However, it could also be due to his penchant for dancing half-naked to Busta Rhyme’s song ‘Arab Money’, if you can even talk about dancing in relation to his movement mistakes.