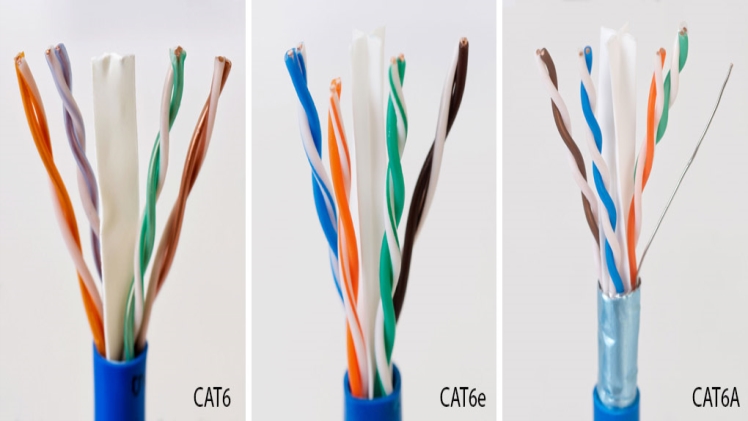 Cat6 cables are one of the most common types of Ethernet cables used.

They connect computers and devices to a network, such as a router or a switch.

There are several Cat6 plenum cables, including shielded and unshielded versions. Each type has unique features that make it suitable for specific applications.

What is Cat6 Cable?

Cat6 cable is a type of telecommunications cable used for high-speed data transmission. Rates of 250 MHz or 1 gigabit per second (Gbps). The cable can support connections up to 10 Gigabit Ethernet over a limited distance – usually 180 feet. Cat 6 cable has four copper pairs for signaling.

It was first introduced in 2001 and intended to improve over its predecessor, Category 5e (Cat5e) cable, initially developed in 1995. Cat6 cable provides more bandwidth and quality than traditional analog telephone lines while also having greater flexibility than previous versions of network cables.

Most often, Cat6 cables connect computers to other devices, like hubs, routers, or switches, to share files between them or to access the Internet. It can also be used to connect printers and scanners or to connect incoming and outgoing LANs.

The Different Types of Cat6 Cables

Cables with the SFTP marking have been reinforced with a foil tape layer before wrapping in an overall strong braid screen for world-class protection against crosstalk. A Cat6 Shielded Plenum with SF/FTP rating provides the greatest shielding.

Also, a shielded Cat6 plenum cable has the extra benefit of enabling you to reach higher bandwidth. When installing this cable, be sure to channel all of your cables via shielded connections. This provides the necessary protection for your entire network.

Unshielded refers to the absence of an additional layer or layers of protection on this particular type of cat6 cable. The unshilded Cat6 Cable are labeled UTP (Unshielded Twisted Pair). The UTP cables, like STP cables, include eight copper conductors in four twisted pairs to boost signal strength. Twisting and coupling the wires improves signal strength over greater distances while also lowering crosstalk and EMI, two factors that can seriously impair network performance.

A spline separates each twisted pair of this cable in the middle to reduce near-end crosstalk, which improves the performance of the 4 twisted pairs. The result is a stronger Cat6e unshielded cable and a better signal.

With FEP insulation, Plenum cables can withstand higher temperatures. Are you planning to run cables in the attic? Then you should take a look at these cables. Plenum cables made from Cat6 emit less toxic smoke and help prevent fires from spreading. Therefore, for air-flowing areas in your home or workplace, a Cat6 plenum cable is an ideal option.