What to Expect During Kratom Withdrawal 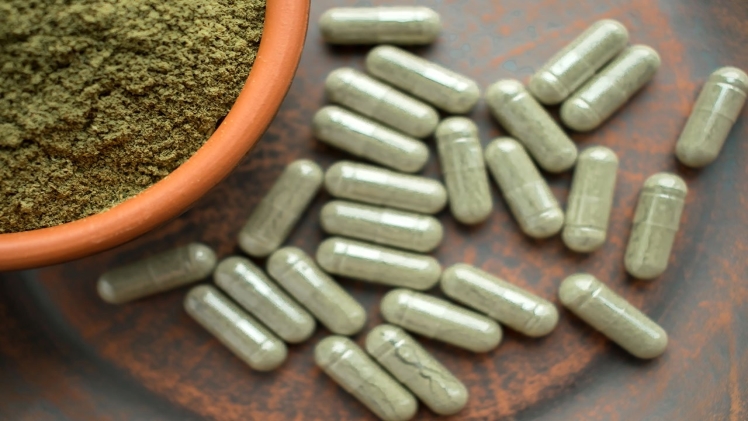 Because it has a similar effect on the brain when consumed in larger doses to opioids, kratom is frequently viewed as a substitute by individuals. Sadly, this also implies that kratom has a comparable potential for addiction.

Despite of the benefits of kratom to mental health, it also has the same potential for producing symptoms similar to those of opioids, including tolerance, dependence, and impulses. When people quit using it, this may eventually result in physical and mental withdrawal symptoms.

Like with any other condition, kratom withdrawal comes with symptoms. These symptoms will let you know if you are already experiencing kratom withdrawal. You must first recognize the indications and symptoms of kratom dependence in order to be able to overcome them. But not every Kratom consumer will go through a withdrawal period, especially moderate users.

Kratom consumers who take it frequently are more likely to get withdrawal symptoms as they develop tolerance and reliance over time. Typical bodily signs of withdrawal include:

Aside from physical symptoms, you can also experience some mental signs if you undergo kratom withdrawal, such as:

Heavy regular consumers could also experience post-acute withdrawal syndrome (PAWS). These consumers may have intermittent episodes of anxiety, depression, and insomnia. The symptoms could last for a few weeks or months until they go away.

After taking the last dose of kratom, withdrawal symptoms typically start between 12 and 24 hours later. And the duration of symptoms can range from three to seven days. And this is the average withdrawal timeline:

Within the First 12 Hours: Within 12 hours from taking the last dose, you will experience flu-like symptoms along with depressive and anxious feelings.

1 to 3 days: Within these first few days, symptoms typically reach their height. During this time, people have the greatest risk of relapsing.

4 to 7 days: During this time, serious symptoms will start to subside. Individuals with PAWS may still experience a few minor symptoms, though.

While less serious reactions can linger for months or even years, particularly in chronic kratom users, more serious symptoms usually go away within a week. There may still be psychological side effects such as mood swings, despair, anxiety, and cravings.

The Severity of Kratom Withdrawal

A joint investigation conducted by the German University of Erlangen-Nuremberg and the Universiti Sains Malaysia appears to be conclusive on this topic. They conducted a survey of 293 regular kratom consumers and discovered that over half of those who utilized it for over six months developed severe dependence.

The kratom that these individuals consumed contained 79mg on average of the active form, mitragynine. The probability of developing kratom dependency, withdrawal, and impulses was much greater in people who consumed three or more kratom beverages each day. Lastly, the longer a substance is consumed, the more severe the withdrawal symptoms develop.

The quantity and frequency of kratom use are related to the severity of withdrawal effects. Kratom withdrawal is expected to last between 4 and 7 days, based on the dosage. The less kratom was consumed, the less severe the withdrawal symptoms were, and the lesser the duration of the symptoms.

Overcoming the Symptoms of Kratom Withdrawal

Some individuals may find it difficult to quit kratom. You have two alternatives for stopping your use of kratom. One is to abruptly stop using it; the second is to gradually reduce your dosage.

Over the period of a few weeks, tapering entails taking increasingly smaller and less frequent doses. While some people favor a gradual tapering approach, others desire to finish withdrawal as soon as possible.

There are methods for making withdrawal more bearable, no matter what you choose to do. Here are some suggestions for minimizing the discomfort of kratom withdrawal:

When you quit using kratom, especially if you consume it frequently or in large doses, expect to experience withdrawal symptoms. Most of the time, you can control the effects by yourself, but if they are extreme or home remedies don’t work, don’t hesitate to speak with your healthcare professional.

Always remember that your safety should be the priority, and your healthcare professional would gladly help you go through the withdrawal syndrome as comfortably as possible. This is whether they approve your kratom usage or not.

How Drugs and Alcohol Affect Your Spirituality

What can be done to the tiny red ants in your kitchen?